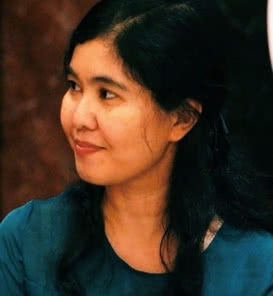 Yangon
nwekay.khine@gmail.com
Journalism, Literature/poetry/ storytelling
Policy/ research
Rights
Regional Representative
Cultural policy workshop + research visits
British Council, Myanmar, Living Color Magazine, Voice weekly
Nwet Kay Khine was head of arts from the British Council, Myanmar until the end of June 2019. She studied globalization, culture and the role of media in Erasmus Mundus Masters Programme in Aarhus University of Denmark and Hamburg University of Germany. She was also a senior editor of Living Color Magazine and the Voice weekly paper based in Yangon from 2005 to 2012. Over the last thirteen years, she has been contributing both fiction and non-fiction works on sustainability, media, gender and culture to several publications in Myanmar. In 2005 she co authored a book on cultural and environmental commons in Myanmar. For her doctoral thesis conducted under the Institute of Human Rights and Peace Studies in Mahidol University of Thailand, she investigated how successive governments shaped political agenda through censorship over both literary and journalistic works.
List Grid
Clear